Out of the Abyss, Rage of Demons Pre-Orders Now Live On Amazon and Barnes & Noble! 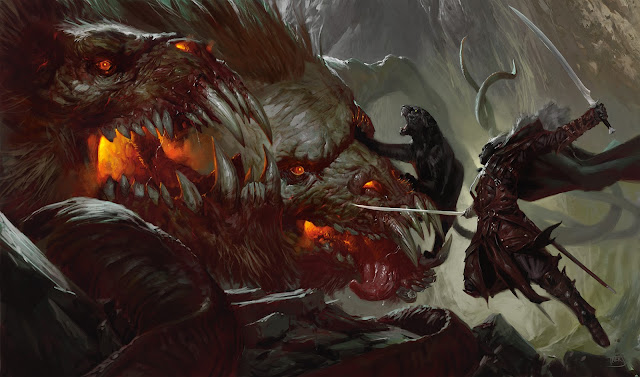 The pre-order pages for Out of the Abyss, Rage of Demons have just gone live on Barnes & Noble and Amazon. The Barnes & Noble page was originally launched on the same day as the new supplement was announced but at the time the link lead to a N/A page with no real information. It was taken down later that same day.

This morning Barnes & Noble relaunched the page with the option to actually pre-order the book becoming available. Within a short time of the Barnes & Noble page going live Amazon followed suit. At the time of this writing both sites have the book listed at it's suggested retail price of $49.95; however, this number will quickly begin to plummet once orders start coming in as both chains begin reducing the price.

I will be updating these prices as they change over the coming days and weeks. You can go directly to the pre-order pages by clicking on the title's name below or on the iframe for the Amazon link.

Amazon
Out of the Abyss (D&D Accessory) 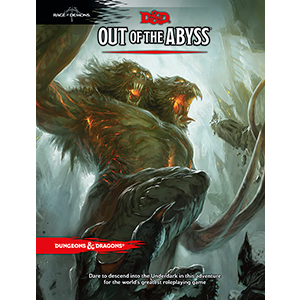 It should be noted that while Wizards of the Coast has official released the cover design for the book that neither Barnes & Noble, nor Amazon have the image currently available on their pre-order pages.  The above image is what Wizards' has released.

The Blurb: Dare to descend into the Underdark in this adventure for the world’s greatest roleplaying game

The Underdark is a subterranean wonderland, a vast and twisted labyrinth where fear reigns. It is the home of horrific monsters that have never seen the light of day. It is here that the dark elf Gromph Baenre, Archmage of Menzoberranzan, casts a foul spell meant to ignite a magical energy that suffuses the Underdark and tears open portals to the demonic Abyss. What steps through surprises even him, and from that moment on, the insanity that pervades the Underdark escalates and threatens to shake the Forgotten Realms to its foundations. Stop the madness before it consumes you!

A Dungeons & Dragons® adventure for characters of levels 1–15

No page count has currently been released.

Email ThisBlogThis!Share to TwitterShare to FacebookShare to Pinterest
Labels: Out of the Abyss, Pre-Order Prices, Rage of Demons