30 Day Dungeons and Dragons Challenge, Day 9: Favorite Character NOT Played by You 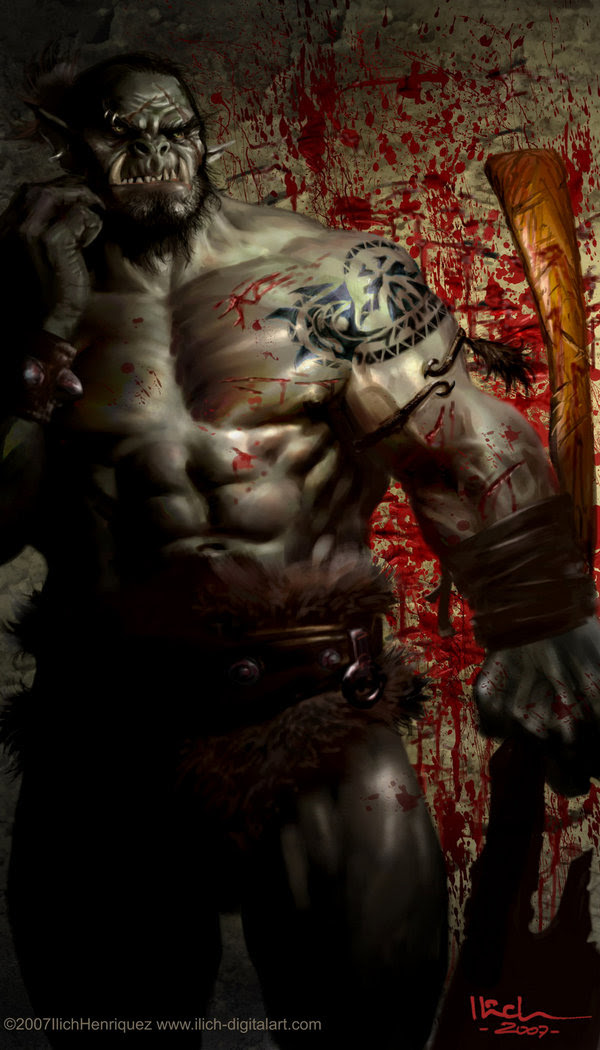 My favorite character not played by me was run by Kid Icarus. The character was a Half-orc Barbarian named Ugg. What a glorious character that was!

Ugg was famous for not being able to make a decision without some arbitrary decider. For example, he once flipped a coin for every decision he would make. The party goes left, but the coin says go right, Ugg went right. And he would lose contests that he should easily win - like when he arm wrestled the gnomish wizard. Then there was his armor! My god his armor was made from bits and pieces of his enemies. An Umber Hulk claw was on his right shoulder and a Dragon's skull covered his left. A goblin's skull covered his crotch and a Hell Hound skull was his helmet. With each new enemy he picked up some new piece of armor for his hodgepodge suit. It was disturbing in the best possible way.

Kid Icarus also had the best quote from that campaign.

Ugg was turned into a dog and I was trapped in an entropic state by the Entropic Reaper (from Libris Mortis: the Book of the Undead pg. 98). Master Planner had died two sessions before and Thief 1 had taken off with his druid and animal companion the very session before this one. So with Ugg's transformation and my trapping our damage output had been reduced to a point where we were only doing 20 points of damage a round to a creature that was clearly absorbing most of our damage.