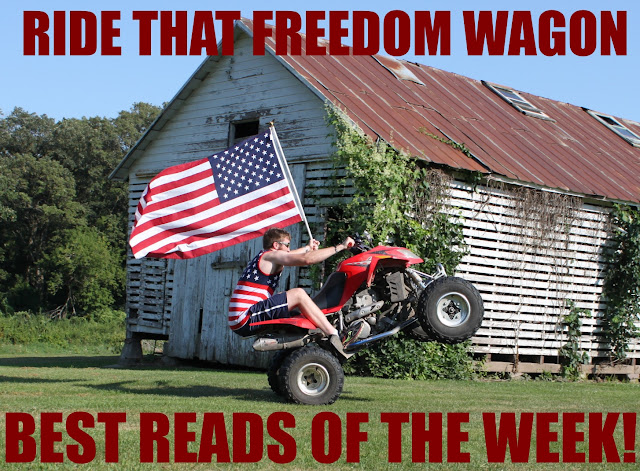 Welcome back to the Best Reads of the Week! Every week I read through more than 450 blogs looking for the best rpg related articles and bringing them directly to you. This week we've got: thoughts on powergaming; an introduction to the Lords of Light; Cosplay harassment; a Ravenloft remix; one of the best things I've ever read of someone doing to help bring in future gamers to our hobby; and so much more!

Risk-Aversion and Powergaming by John, from the blog The Wandering Gamist: In this short post John asks, "Why do we build our characters around the idea of combat instead of around non-combat options?" Is this an extension of the game's roots in war gaming or is there something more going on? A thought provoking post and well worth reading.

Generate NPCs in Two Dice Throws by Paul, from the blog, Blog of Holding: If you're like me you're always looking to speed up the slower parts of the game and get to the good stuff quicker. This handy guide by Paul will get you there quicker.

Lost Island of the Necrite - Part One: ENCOUNTERS AT SEA by +Ben Djarum, from the blog Codex Apocrypha: I kind of dig the heck out of the Lost Island of the Necrite that Ben is doing. It's an island drawn using a simplified hex grid with a series of encounters attached. Which sounds like it would be overly simple, right? Except it works. Don't ask me why but it just builds nicely from Part One to the next.

The Lords of Light and the Effulgent Omnigon of Twund by Scott, from the blog CYCLOPEANA: If you ever read the outstanding blogs Huge Ruined Pile or World of Thool then you'll already been familiar with Scott and his fascinating approach to gaming. CYCLOPEANA is his return to blogging about games and if his Lords of Light is any indication this new project is really going to be a lot of fun to watch him explore.

The Solo Sandbox: what do we know and how do we know? by +Sophia Brandt, from the blog die heart: So let's say that you would love to play a solo game but you want the sandbox feel that you get from having an actual Game Master. How would you go about getting that experience? Sophia has some answers to this problem.

Cosplay Is Not Consent by +Christopher Helton, from the blog Dorkland!: This one should be simple and shouldn't require anyone to say, but here goes: just because someone is dressed a certain way doesn't mean you can put your grimy paws on them without their consent you degenerate prick. Christopher will tell you more in the post and you should damned well listen to him.

Ravenloft? Yeah, I Can Do That by Charles Akins, from the blog Dyvers: Have you ever found your players bound to a setting and constraining your freedom in where to go next with it? Perhaps this isn't the best way to handle it . . .

lichJammer  by +Patrick Stuart, from the blog False Machine: If you have ever thought to yourself that you would love to see Spelljammer redone through the eyes of Lamentations of the Flame Princess then this post is for you. I'm going to be playing this very soon. Will you?

Gobbos by Rose and +Logan Knight, from the blog Last Gasp: I love goblins in all their forms because it pleases me to kill them; so you can imagine how much a gobbo that gets off on violence would be right in my wheelhouse. Honestly, if you haven't been checking out Last Gasp then you're missing out on something special.

Playing it Forward by +Kevin Smith, from the blog Melvin Smif's Geekery: One of the problems that you often see lamented online is that we're all getting older and there aren't enough new players being brought into the hobby (which is often followed by "All these damned kids don't know how to play anyway") but there's always this dearth of action behind these discussions. Not so with Kevin. Read how he's taking matters into his own hands and helping out his community in the process.
at August 23, 2015