I Saw Star Wars [Spoilers Inside] 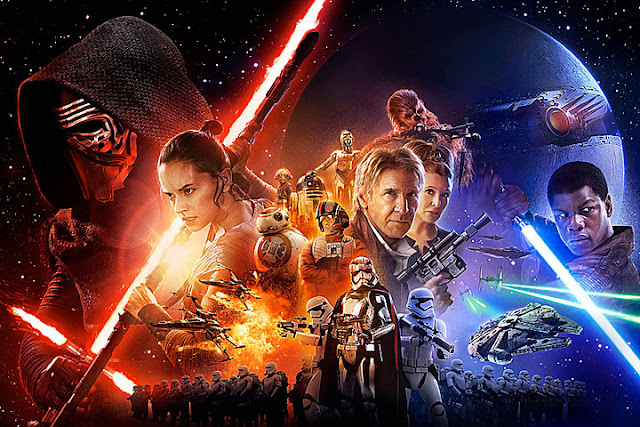 So I saw Star Wars and enjoyed the fuck out of it. I loved the explosions; didn't fucking care that the main Chick was stupid good at everything; and hated that Han went out like a bitch. In fact that's my only real complaint: Han Solo died like a pussy while he gently caressed his murderous son's face.

He's mother fucking Han I-shot-first-and-fucking-loved-watching-the-life-drain-out-of-his-eyes SOLO. He gets stabbed with a god damned light saber his instinct is to pull that gun off his hip and empty the barrel into that dick's face.

You know what would have made it a lot fucking better too? Godzilla.

Planet with a sun draining laser beam? Godzilla will take that blast and fuck the planet to death.

Star destroyer breaking up in the atmosphere and killing hundreds of innocent people? Godzilla does that every day. Why are you crying about those people this time? What? Did you forget that Godzilla hates you more because you're whining about the fucking force and some chick who can do everything?

What I'm saying is that this movie could have used a lot more Godzilla and Han shooting people in their stupid fucking faces. 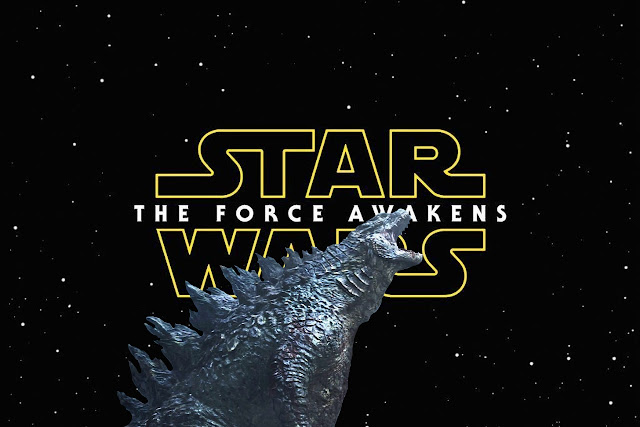