Last night I got an e-mail about a series that I have been slowly making my way through. The e-mailer was attempting to explain to me that I'm wasting my time by doing things in a different way. "Of course you could figure out what's in each of those kits," she wrote, "but really a dice roll is all that's needed. You should really just stop."

In honor of this e-mail I decided to create a list with all the things that I should be doing instead of what I'm actually doing. You're welcome to use it yourself whenever you feel the urge to do something and there might be something else worth doing instead.

1d10 Things You Should Have Done Instead

1 You should have finished that other series that you've been working on instead of the one you're working on now because I totally liked it better and this one blows donkey dicks on the side of the road for gas money.

3 Instead of talking about what's wrong with it you should have come up with a solution to the problem that isn't the one you wrote about because I don't like the way you write about rules in games that involve Dragons or transgendered princesses who are actually the villains because that's totally a bullshit move designed to play into the stereotypes of transgendered fantasy princesses that we've all seen a million times before and that effectively disenfranchises them from the wider fantasy community.

4 You should stop attempting to change the game from what the game designers wrote and instead should begin contemplating what they actually meant when they wrote, "You have mastered the art of defense in combat . . ." (Collins 1:100).

5 You should stop focusing on the inaccuracies in that article and instead should focus on the fact that when you kill imaginary creatures that you're actually acting out your racial hatred for the Other. Haven't you ever been to the South? Have you never seen racists?

6 Instead of writing that bit of flash fiction you should have been busy writing about the state of alignments in modern role-playing games as opposed to the traditional view of such things in an essay that includes quotes from the more popular role-playing enthusiasts without questioning or arguing with their logic no matter your own opinions.

8 Instead of putting out three blog posts on the same day, each with word counts over 1,500, you should focus on a single blog post a week that is no longer than 400 words that doesn't use adjectives or nouns.

9 You should have read this book that I read but you haven't yet because it totally means that until you do that anything you have to say on the subject isn't valid or meaningful to the conversation. Never mind that you're the one who initiated it and that has been investigating it by using primary documents - this book written by someone who likes to drink gin and mercury cocktails and hasn't read any of the original documents or even knew anyone involved says that you're full of shit.

10 You should have replied to our e-mail as your lottery winnings in the Irish Lottery, of which there is a substantial sum, cannot be paid out until such time as you have replied to our letters with your e-mail, social security number, bank account number and passwords, the name of your first pet, and your mother's maiden name. This is an urgent matter that you must attend to immediately or else we will be forced to send you yet another e-mail regarding this lottery that you did not buy a ticket for and which does not actually exist. 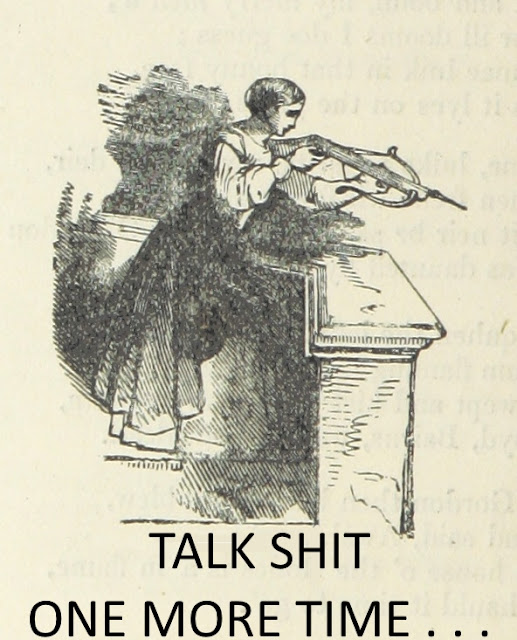