The Book Shelf: Prince of Fire by Daniel Silva 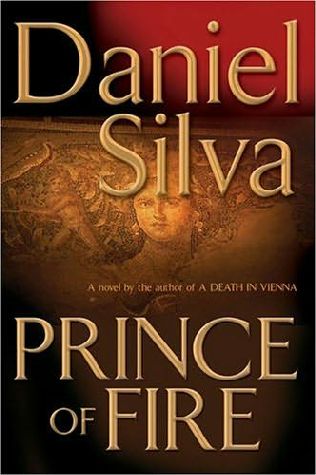 begins quickly, with an explosion and machine gun fire, and only gets better from there as Israeli operative Gabriel Allon searches for a terrorist before he strikes again. This is the fifth book in the Gabriel Allon series from Daniel Silva and it's the first one I've read. The book does draw on events that have taken place previously in the series but Silva's easy writing style makes reading the earlier books unnecessary as there's just enough time spent establishing why things are important without belaboring the point or being so brief that they become a mystery.

The writing style is very quick and allows for a reader to just devour large chunks of the book in a single sitting. Its pacing is generally pretty good with moments of intensity followed by lulls that will almost allow you to catch your breath before then next attack. However there are some areas where the book falls flat (about 30 pages in total). These are generally scenes where Silva attempts a different narrative writing style (such as the chapter told from Leah's perspective) than the rest of the book, yet these are so dispersed throughout the book that it never feels like a slog to get through them. This is because Silva's ability to create characters who feel like living people is exceptional as not only Gabriel Allon but nearly every character you encounter has a depth to them that makes them feel real. Whether you're dealing with longtime, counter-terrorism agents or the fanatic Palestinian suicide bombers there's a sense that these people could actually exist - and I can't think of a better compliment to give to a writer.

My only real complaint with the novel came towards the end when things just seemed to end so abruptly. For longtime pulp novel fans such an ending isn't unusual, but in a novel that was so strong and perfectly paced it felt like Silva's editors were suddenly very concerned about his word count and he decided to cut it all out at the end. Still, the novel was a fantastic read and I will absolutely be picking up more from the series.