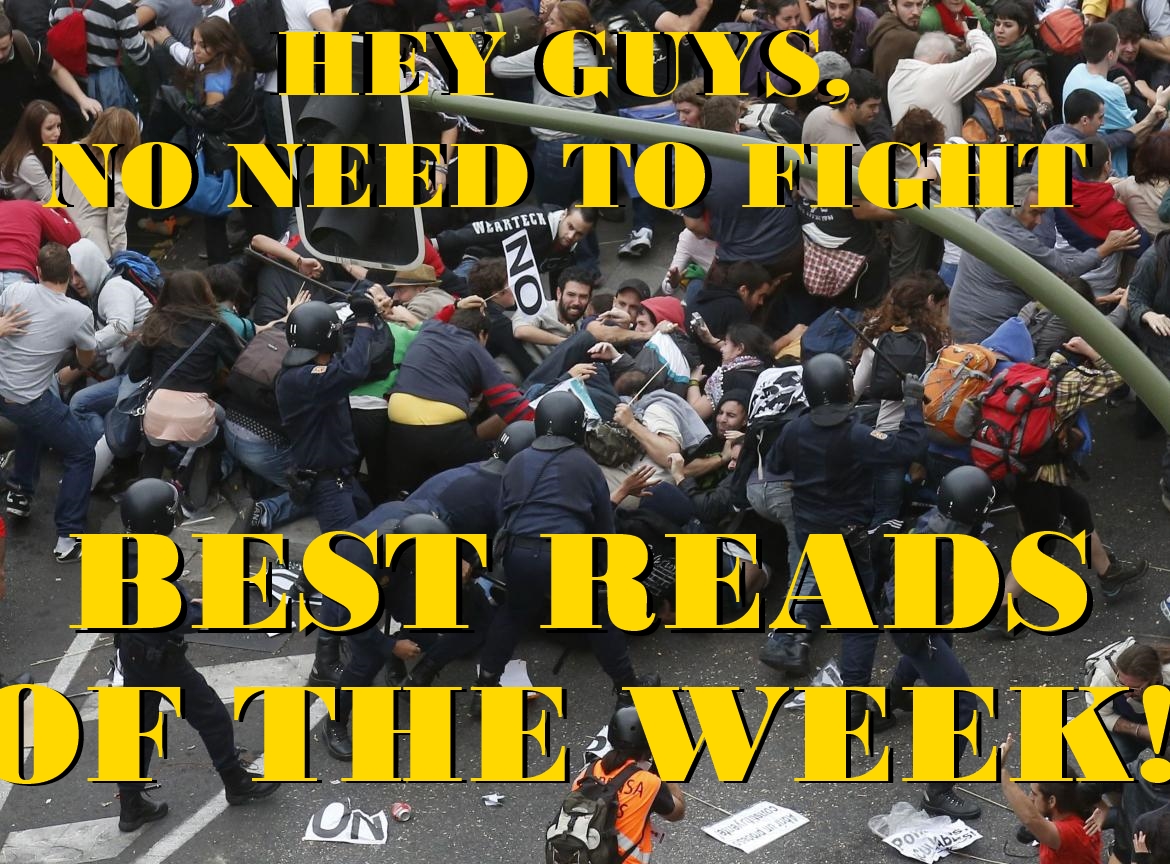 Welcome back to the Best Reads of the Week! Every week I read through more than 450 blogs looking for the best rpg related articles to bring them directly to you. This week we've got open letters to game publishers (and a reply); fantastic cities; ancient artifacts; terrible investments; and so much more! If you see a post that you like be sure and tell the author how much you enjoyed it!

If you've got any questions about this month's lists be sure and check out the FAQ. And as always, thank you for your comments, shares, plus 1s, and for taking the time to read this list. See you on the next set!

[Mystara] Lawrence Schick Answers Q's on the Original Known World by +James Mishler, from the blog Adventures in Gaming v2: James has been following up on Lawrence Schick's Black Gate article, The “Known World” D&D Setting: A Secret History, from the first week of February. In this post he's gotten some answers that help put the world into better perspective.

Megadungeons Need Vast Spaces by JDJarvis, from the blog Aeons & Augauries: JD is continuing to refine his thoughts on the nature of megadungeons and how they should exist within his campaign worlds. As is so often the case his ideas are the sort of things that could launch a mini campaign in and of themselves.

5e Friday - Forgotten Realms by Callin, from the blog Big Ball of No Fun: If you're like Callin and wondering why the Forgotten Realms continues to be the only setting being produced it might have you wondering other questions too. A good place to get your mind working on the subject.


An Exorcism of ... Political Correctness? "Who are the Nibelungs?" Part 2 by +Jens D., from the blog The Disoriented Ranger: There are certain questions about our games that can tend to become thorny points in our sides. For some the answer is to avoid talking about them entirely, not so for Jens in this great post.

An open letter to game publishers: Please stop trying to make me feel like a Sleaze by Matthew J. Neagley, from the blog Gnome Stew: Arguably this is the most controversial post from Gnome Stew in years. Equally debatable are the merits of Neagley's criticisms. I'll leave their validity, or lack there of, up to you.


Ancient Artifacts. One Man's Trash is another Man's Treasure by +Alasdair Cunningham, from the blog Iron Rations: If you're trying to build an ancient artifact that will help color your campaign then do yourself a favor and read this excellent post by Alasdair to see how it's done right!

Dear Gnome Stew by +James Raggi, from the blog Lamentations of the Flame Princess: James has a response to Neagley's open letter from the perspective of a game publisher that sets things straight. Do you agree with him or with Neagley?

The Murder Hobo Investment Bubble by +Emily Dresner-Thornber, from the blog /project/multiplexer: In this clever post Emily explores what might cause someone to hire a group of 'Murder Hobos.' Great bit of speculative reasoning that could help campaigns grounded firmly in a 'realistic' world bound by the laws of economics and reason.