Last night a friend of mine sent me a link to an article about Hearthstone, The RPG Scrollbars: Roles We Take, Roles We Choose, that he thought I would like and that might actually get me to play the damned game with him. While the article didn't get me onto the Hearthstone bandwagon it did get me to thinking about the way that I tend to run my role-playing games. In particular this section stood out:

". . . It doesn’t help that most RPGs, rightly or wrongly, don’t have much in the way of balls when it comes to restricting the player character in any way. Compare, say, Baldur’s Gate 2 with Dragon Age 2 – partly because it’s a good comparison, partly because it wouldn’t be a good week if I didn’t annoy someone on the Codex. I’m thinking in terms of magic specifically. Baldur’s Gate 2 largely takes place in the city of Amn, and one of the cardinal rules there is ‘no magic without a license’. Dragon Age 2 takes place in a city controlled by Templars, whose job it is to keep mages under control, and not without some reason. Magic isn’t just whizzy-whizzy-bang-bang, but linked to demonic possession and all kinds of other health hazards.

Despite this, being a mage – an illegal, ‘apostate’ mage at that – doesn’t mean a damn thing. The guards will completely overlook fireballs in the street, you solving your problems with lightning bolts and all kinds of other stuff like that, even before you get to a point where you’re important enough to turn a blind eye. It’s a continuation of one of Dragon Age’s fundamental lore issues, that magic is meant to be rare and special and dangerous, but fuck that because players want to be/fight mages.

The trouble is that in not giving magic users at least some sense of threat or actual sense of being under the thumb, who cares? Baldur’s Gate 2 meanwhile made being a spellcaster a problem. Break out the elements and some very tough wizards would show up to impolitely request you not do that, with your three options being a) apologise and stop, b) buy a damn license, or c) prove yourself too powerful for them to stop. The latter especially is one of the most satisfying things you can do in that game. Even before that though, that tiny mechanical demand to keep the metaphorical magic wand holstered made a big difference to both mages and the setting . . ." (Cobbett).

When I first started playing Dungeons & Dragons I had in mind that in my game world that magic was a relatively rare thing; that to see a wizard casting a spell or cleric performing some miracle was something the average person didn't experience. But once it came time for the game to actually start I couldn't bring myself to tell my players no. I didn't even consider pushing back against their wanton use of magic in the world and as a result my idea became just as meaningless as the illegal, apostate mage in Dragon Age 2.

In the years since that first campaign I've attempted to make the narrative choices I make in my games more meaningful by sticking with them even when it constrains my players. Now that doesn't mean that I eliminate their opportunities to make choices, only that if I tell them magic is rare in the world that their use of magic will be treated as something unexpected and dangerous - like when a train derails or an explosion happens unexpectedly nearby. 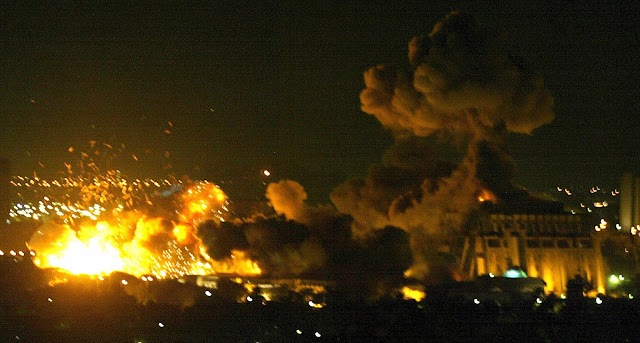