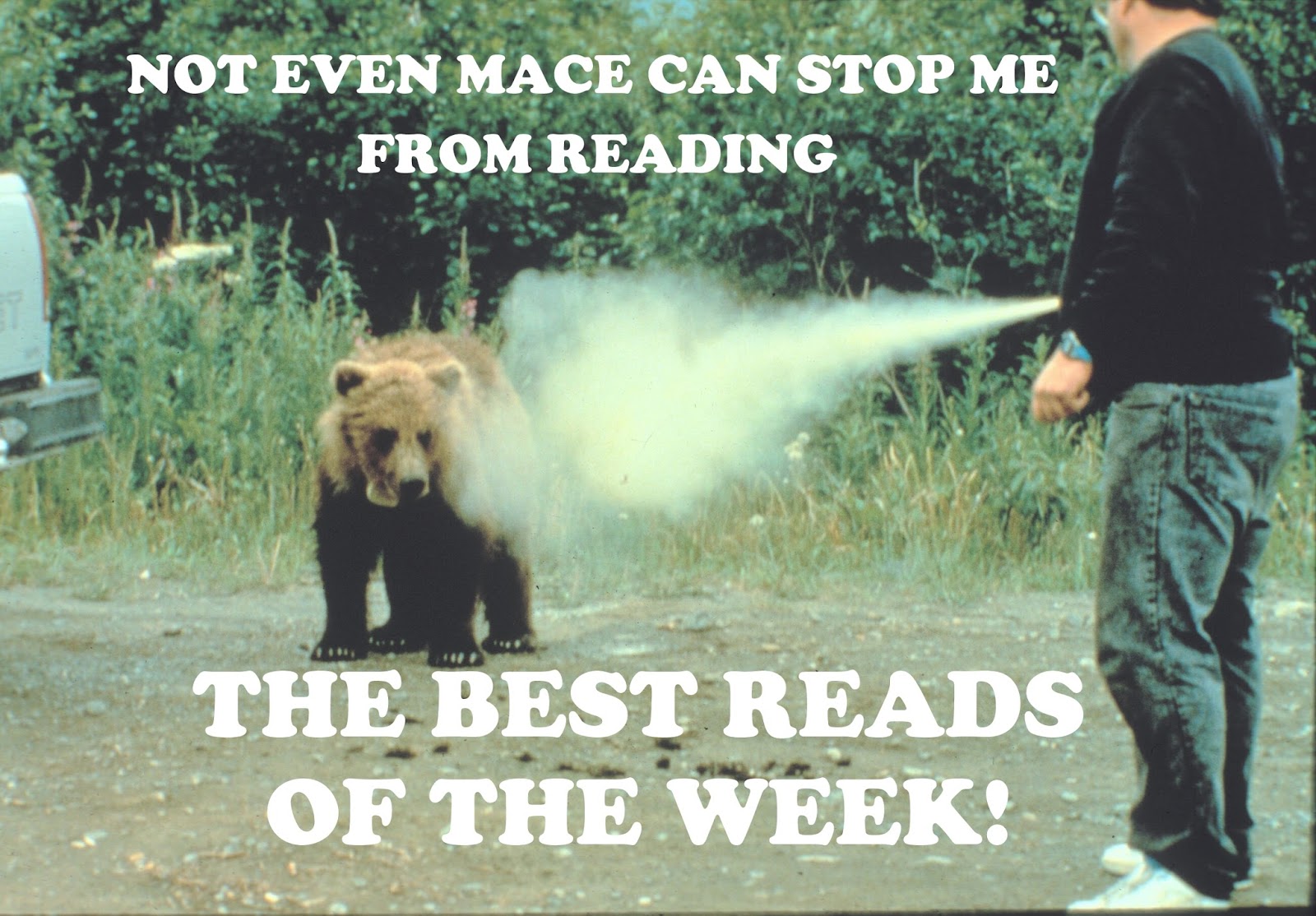 We're back with the Best Reads of the Week! I comb through over 300 blogs on my reading list, the thousand or so posts on Google+ Pen and Paper Bloggers group, and every source in between looking for the best blog posts in this hobby of ours! This week we've got new ways to help your players spend their loot, kickstarter reviews, adventures, stories, and a free adventure from Genus Loci Games!

As always, these guys and gals spend a lot of time working on their blogs and if you like one of their articles be sure and let them know! Leave them a comment on the post, give it a +1 in Google+, a like on Facebook, or just send them a thank you email!


Best Reads of the Week!


Diplomacy in Neptune's Pride by David, from the blog Tower of the Archmage: Like a glimpse into the past of our hobby, when play by mail games dominated, David has found a style of play that has sadly been hidden away from many of us. Read this exchange between the various factions in Neptune's Pride and witness a world that will call your name and seduce you into the nefarious intrigues of intergalactic diplomacy.


Convergent Evolution & Sci Fi In My Fantasy by +Adam Muszkiewicz, from the blog Dispatches from Kickassistan: In a hobby where so many of us draw on similar sources of inspiration in our gaming it's fascinating to watch one of our community's most creative members describe some of the connections that we share without the usual vitriol attached. Yet another reason to add Dispatches from Kickassistan to your regular reading pool.

Unlocking Challenges by Spending Loot by +Eric Treasure, from the blog The Dragon's Flagon: An interesting departure from the usual format of finding ways to get players to part with their wealth that harkens more with modern massive multiplayer online games than with the traditional role-playing game experience. A clever solution to the "problem" of player wealth.

Worlds in Peril by +Lowell Francis, from the blog Age of Ravens: There are few voices that I trust more than Lowell Francis when it comes to supers games and his examination of the Worlds of Peril kickstarter makes me wish for more disposable income. If you're looking for more Superhero fun then this kickstarter sounds like the place to go.

Legends and Lore: Getting with the Times by +David Guyll, from the blog Points of Light: While the Legends and Lore column by +Mike Mearls is designed to give people some insight into the design process of the new edition of Dungeons and Dragons it has often been a source of consternation for many long time players of the game. No player has more eloquently or vociferously dissected these articles than David Guyll, and in this latest analysis he continues to hammer away at the steps of one of the biggest companies in the hobby.

Getting a Handle on Faeries by +Rob Conley, from the blog Bat in the Attic: If you've ever tried to use faeries in your games and wanted to add a depth to them beyond the statistical framework your favorite role-playing game provides than Rob Conley has the article for you. This expansive post will provide you with a whole new way to look at the Fae in your games.

We Need More Casual Gamers by Jason Salvatori, from the blog Rule of the Dice: After a week that saw more examples of assholery than most Jason Salvatori comes along to remind us that this hobby needs to be a "big tent" and not a tiny umbrella with holes where your girlfriend stands.

5 Minute Adventures for Next (WIP) and Swords & Wizardry Core Halls of the Dwarf King by +Johua De Santo, from the blog Genius Loci: If you're looking for a quick, fun set up for this week's game than this adventure by Johua De Santo is just what you've been asking for. Easy to adjust for your party and quick to port to any edition this adventure is wonderful.

Longevity Clause by +Bruce R Cordell, from the blog Bruce R. Cordell: This quick little bit of fiction from Bruce is just the sort of thing that makes me regret not backing the Strange when it's kickstarter was rolling along. Hopefully I'll get to make up for that mistake when the books make it to market.


Best of Dyvers this Week

I'm a Wizard! Learning to play a Wizard in Dungeons and Dragons has always eluded me, thankfully that's no excuse for not playing one in my gaming circles. Come along for the ride.
at May 09, 2014