Orcs Are So Passe 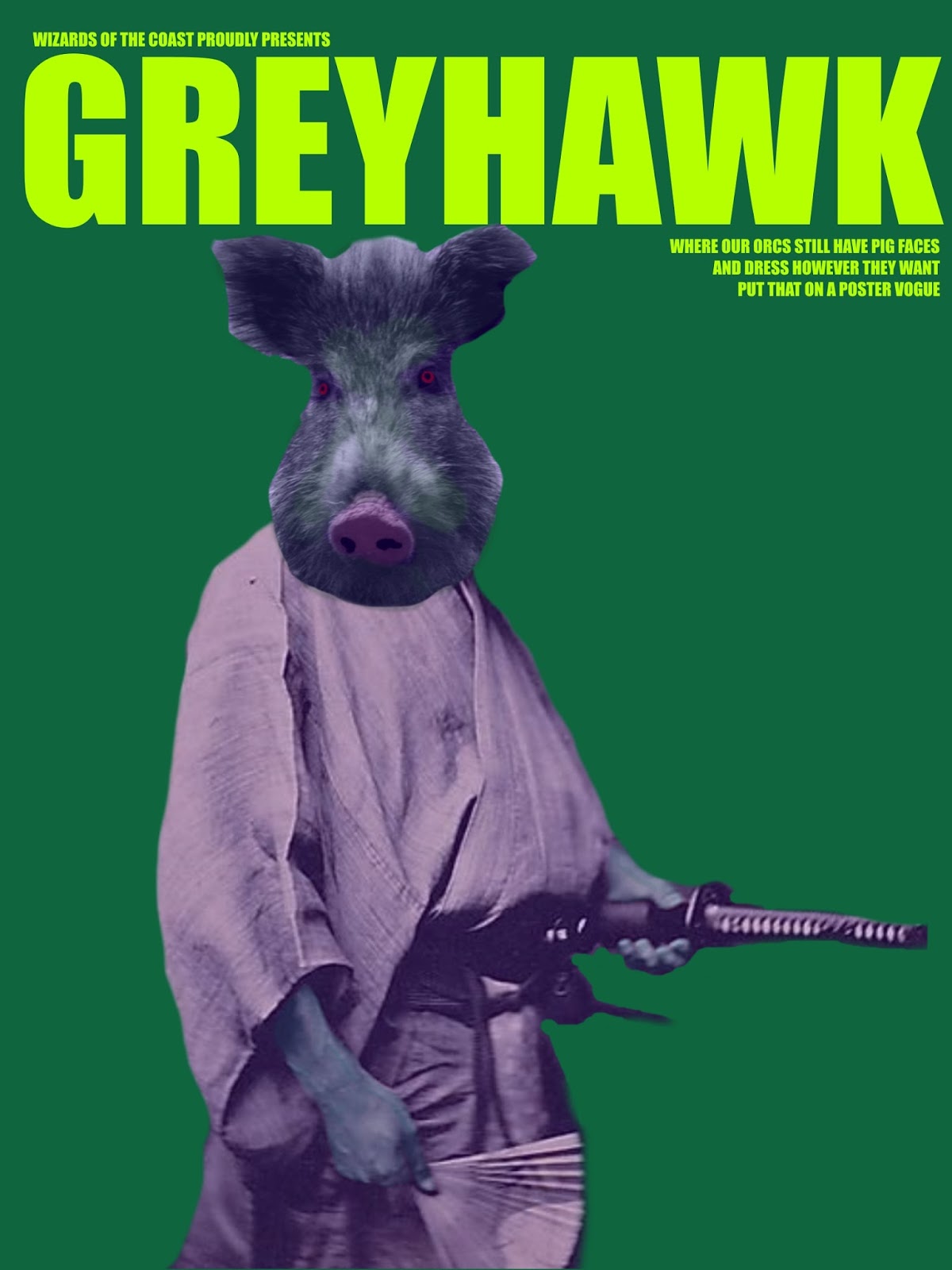 Orcs are boring, passe, trite even. Don't believe me? Just look around online where there are a vast array of voices vying for your attention just so that they can tell you that Orcs aren't worth your time. "Listen, Buddy," they say with a condescending smile, "I'm sure that Orcs were just fine for your campaign back when you were just starting out; too new and dumb to know your asshole from a hole in the ground, and there's a certain nostalgia that keeps you coming back to them. But really, do you want to waste your time with something so lame?"

"Lame?," you say, "but I like Orcs. They're fun and I do this really cool thing with mine where I -"

"Oh I'm sure you think it's cool, but what you're doing is just retreading the same ground that all of us have walked on before. You're Orcs are boring and your insistence on using them in your games means that you're boring too."

There is a fundamental flaw in the logic behind this argument against the inclusion of Orcs due to their banality: everyone plays every Orc, class, and setting in a way that is uniquely their own. That's a central truth for role-playing games and it has been since the first time Dave Arneson looked at Chainmail and said, "That's nice, but I think I like doing it my way better." So when you're talking about how another person runs Orcs you're doing so from a position of ignorance. You don't actually know whether their Orcs are slobbering, thoughtless, monsters -  but do you know what you actually know really well? That your Orcs are boring as shit because you've made them that way.

Orcs don't have to be that way any more than does your Fighter have to be a dull hack and slash machine that never does anything more than give you an opportunity to roll a d20 and growl menacingly at the Dungeon Master. Make them Nazis walking about with a hard on for wiping out the gnomish race. Or better still have them be a bunch of beatniks pissed off at their parents and shooting heroin up their veins while writing protest poems against the Man and rioting at concerts. Hell, make 'em samurai warriors with codes of honor and bad hair!

What you're doing with your orcs is uniquely your own thing just as what I'm doing with mine is my own. Don't get hung up on what boring people are telling you about how they haven't enough imagination do anything fun with them. You're better than that.